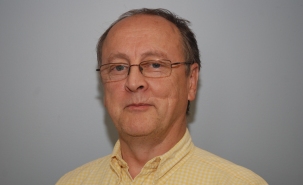 This might explain their outstanding capacities in visual tasks. The team published their findings in Human Brain Mapping on April 4, 2011. Aiming to understand why autistic individuals have strong abilities in terms of processing visual information, the researchers collated 15 years of data that covered the ways autistic brain works when interpreting faces, objects and written words. The data came from 26 independent brain imaging studies that looked at a total of 357 autistic and 370 non-autistic individuals. “Through this meta-analysis, we were able to observe that autistics exhibit more activity in the temporal and occipital regions and less activity in frontal cortex than non-autistics. The identified temporal and occipital regions are typically involved in perceiving and recognizing patterns and objects.  The reported frontal areas subserve higher cognitive functions such as decision making, cognitive control, planning and execution,” explained first author Fabienne Samson, who is also affiliated with the CETEDUM.

“This stronger engagement of the visual processing brain areas in autism is consistent with the well documented enhanced visuo-spatial abilities in this population,” Samson said. The current findings suggest a general functional reorganization of the brain in favor of perception processes – the processes by which information is recorded the brain. This allows autistic individuals to successfully perform, albeit in their own way, higher-level cognitive tasks that would usually require a strong involvement of frontal areas in typical individuals. These are tasks that require reasoning – for example, a research participant would be asked if a statement is true or false, or to categorize a range of objects into groups. 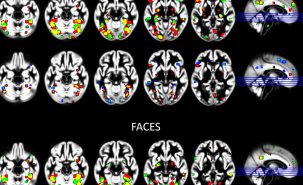 “We synthesized the results of neuroimaging studies using visual stimuli from across the world. The results are strong enough to remain true despite the variability between the research designs, samples and tasks, making the perceptual account of autistic cognition currently the most validated model,” Mottron said. “The stronger engagement of the visual system, whatever the task, represents the first physiological confirmation that enhanced perceptual processing is a core feature of neural organization in this population. We now have a very strong statement about autism functioning which may be ground for cognitive accounts of autistic perception, learning, memory and reasoning.” This finding shows that the autistic brain successfully adapt by reallocating brain areas to visual perception, and offers many new lines of enquiry with regards to developmental brain plasticity and visual expertise in autistics.

Dr. Isabelle Soulières of the CETEDUM and the Neural Systems Group at the Massachusetts General Hospital (NSGMGH) and Dr.Thomas Zeffiro of the NSGMGH, also contributed to the findings.  The CETEDUM is based at the University of Montreal affiliated Rivière-des-Prairies Hospital and is part of the Fernand-Seguin Research Centre. It is officially known as Centre d’Excellence en Troubles Envahissants du Développement de l’Université de Montréal. The research was financed in part by grants from Autism Speaks, the Natural Sciences and Engineering Research Council of Canada, the Canadian Institutes for Health Research and the Fonds de la Recherche en Santé du Québec.